Almotahajiba is proud to have manufactured the World’s Largest Flag! 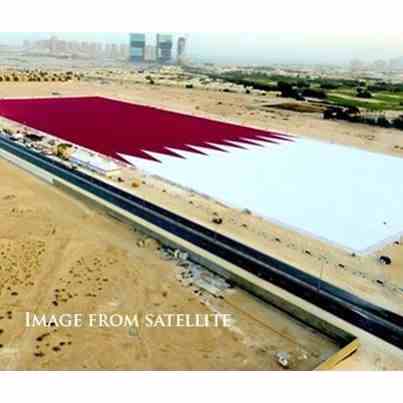 In an event entitled ‘Flag of Gratitude and Loyalty’, Almotahajiba was able to manufacture the
flag that won Qatar a Guinness World Record for World’s Largest Flag! The announcement was made in an event held at Katara yesterday, where a representative from the Guinness World Records confirmed that Qatar had indeed made a new record. The flag was also made just in time to celebrate Qatar National Day. The flag weighs 10 tons and is 101,000 square meter, spanning the length of 19 football fields. The record beats the previous one made by Romania, who held the record with a 79,000sqm flag. This is not only a momentous opportunity for Almotahajiba, but also for Alsiddiqi Holding as a company that is proud to be Qatari.